English actor Jason Statham – a.k.a. “the Transporter” – is cozying up to people who like his Facebook page – or at least, someone purporting to be him is.

A fraudster managed to bilk a vulnerable and unsuspecting Statham fan out of a “significant amount” of money after approaching her while she was perusing a fan page for the actor on Facebook.

“She thought it was nice that the actor had seemingly embraced ‘talking to his fans,’ and she admitted that she was also in a vulnerable place after recently losing her mother and fiancé,” explained researchers at Tripwire, who flagged the incident in a Monday post. “She therefore felt no unease when the fraudster asked her to talk with them over WhatsApp.”

A truly bad romance ensued, with hundreds of WhatsApp messages flying between the two over the course of months, during with Faux Statham professed his undying love: “Will you love me and be the special woman beside me for the rest of your life honey” reads one of the messages.

After a pattern of trust was established, the supposed action-hero actor started to complain about financial difficulties due to a delayed film payment: “I really need you to do this for me honey ’cause I can’t trust anyone but you with my money honey.”

The victim proceeded to send Western Union an undisclosed sum, after which the supposed Statham disappeared.

As detective constable Craig Moylon of the Greater Manchester Police in the UK told the BBC, “This lady has been subject to somebody who just tricked her at a very vulnerable time in her life. When you see the relentless messaging that this lady got from this person and you see the grooming and the exploitation… the impact is extraordinary.”

The gullibility of the victim stood out to Tyler Reguly, manager of security R&D at Tripwire. He linked it to generational and cultural norms.

“This is typically what I find most surprising about successful scams,” he told Threatpost in an interview. “There’s a desire to believe, no matter how unlikely the scenario. We’re a society of dreamers – ‘I can win the lottery,’ ‘I can marry Celebrity X,’ ‘I can perform on stage alongside Singer Y’ – and unfortunately, modern generations are being brought up to put even more belief in their dreams. So, while we have more tech savvy individuals, we have more potential targets for these criminals.”

This scam also highlights the ingenuity of bad actors who prey upon unsuspecting users on social media, according to Tripwire. 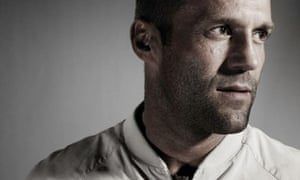 “I would suspect that they setup a fan page for a celebrity and then contacted people via that fan page, claiming to be the celebrity,” Reguly said. “Alternatively, they may have been looking for people who publicly ‘liked’ a real Jason Statham page and reached out to those users, which is why it is important to verify the identity of those sending messages before you respond. In the case of the former, Facebook has done a great job of providing verified pages (similar to Twitter’s verified users) that make it easy to tell when you’re looking at a page associated with a known entity. (Specifically: ‘A blue verification badge confirms that this is an authentic Page for this public figure, media company or brand’).”

These types of scams are on the rise, precisely because they’re successful.

“I’d be willing to wager that it is starting to become relatively common,” Reguly said. “People tend to have a soft spot for celebrities, we see people stand in line for hours to catch a glimpse of their favorite star filming, or pay hundreds of dollars for a quick handshake and autograph at conventions. We have a desire to connect with people who have had a meaningful impact in our lives, and that is quite commonly celebrities, particularly those that filled a role near and dear to our hearts or that sung a song that has always stuck with us….These scams work because we want to believe.”